Moonshot; Afrofuturism & Whitey on The Moon

Pandemic. Protests. Space. In 2020, there's a permeating sense of déjà vu in the air, quite different from the shiny futuristic predictions from science fiction. Instead, we're living in a thrice reincarnated version of the year 1969, and it isn't pretty. Somehow we've relanded this triple axle squarely back into the heart of the Space Age, Civil Rights era and (another) global influenza pandemic. Gil-Scott Heron perfectly connects the dots on two of these fulcrum in his spoken word poem, “Whitey on The Moon" perfectly elucidating the absurd hipocrisy. "I can't pay no doctor bill. (but Whitey's on the moon). Ten years from now I'll be payin' still. (while Whitey's on the moon)." 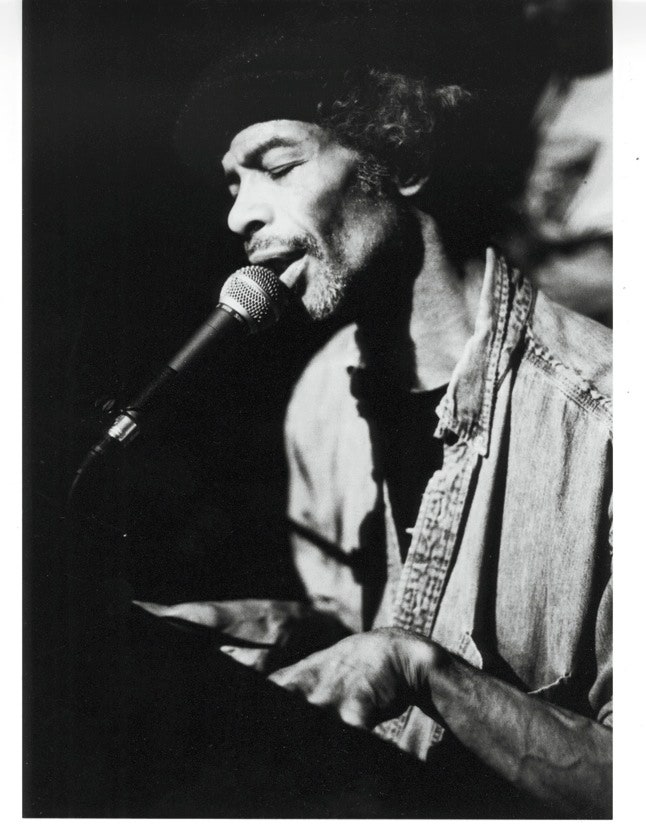 Cut to 2020. SpaceX and NASA’s collaborative launch just two weeks ago was a milestone marked the first non-governmental, commercial space flight in history. This feels almost as monumental as the moon landing. Private citizens building rockets is future-shaping in ways we don't yet comprehend. And yet, despite this milestone, there is a powerful outcry of despair echoing throughout every major city in the country. It's even clearer in repeat that while some humans have been busy making themselves gods, some are hardly granted the right to be human. You would think in 2020 the rhetoric would have changed but in the current reprise, Donald Trump has directly lifted the phrase for a tweet coined by the Miami police chief Walter Headley in 1967: “When the looting starts, the shooting starts.”. All of this is a brutal reminder of the existence of the two Americas Martin Luther King Jr. spoke of in his speech "The Other America".

“One America is beautiful for situation. And, in a sense, this America is overflowing with the milk of prosperity and the honey of opportunity. And in this America millions of young people grow up in the sunlight of opportunity. But tragically and unfortunately, there is another America. This other America has a daily ugliness about it that constantly transforms the ebulliency of hope into the fatigue of despair.” -Martin Luther King Jr.

Just a day before the 1969 lunar landing, a coalition formed to protest the launch. The organizers of The Poor People’s Campaign stated they were in favor of scientific advancements in whatever form they may come, but in the words of the leaders “we still don’t want to forget the least of these God’s children”. 8 Million Black Americans were still living in poverty while the government was spending 3 Billion dollars to get to space. In the documentary, the protestors come face to face with the NASA president, white nerds versus black activists. It now seems despicable that the U.S. government left the nerds in the space division to answer for America's legacy of crimes of negligence, framing scientists as the thieves of justice. 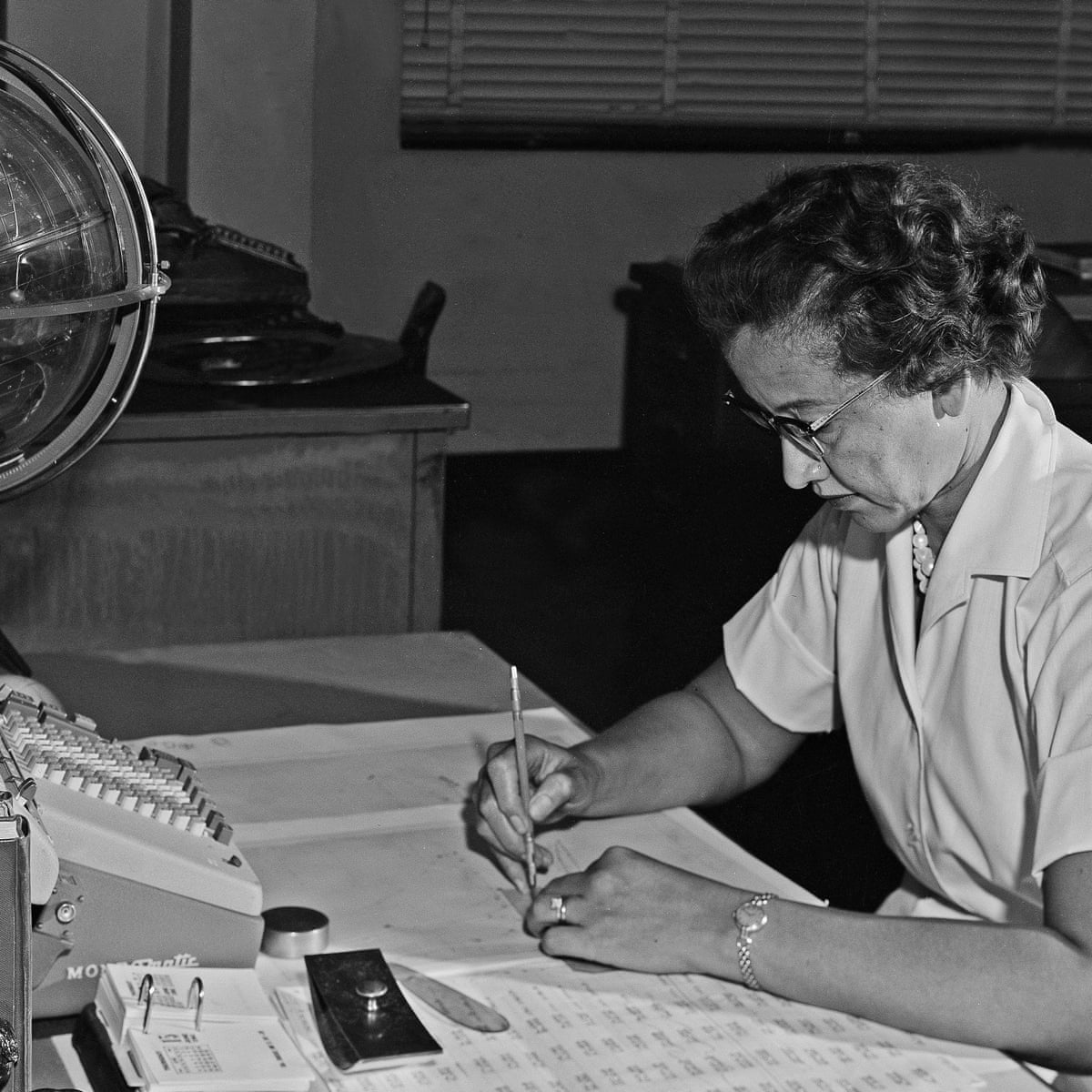 Gil Scott-Heron’s point was well made, space was another excuse for segregation, but getting Black folx to space years later brought hope and hurdled a major barrier. In fact, Katherine Johnson, a black woman was a mathemetician whose calculations were critical for getting us to the moon. Her work was essential in determining trajectories, launch windows and emergency moon landings on the crewed lunar module, Apollo. She was recognized as the first African-American woman to work for NASA as a  scientist. By 1986 there had been three black astronauts. Ronald McNair was the third though his second trip to space aboard The Challenger would be destined for tragedy. In a Smithsonian documentary, Ronald’s brother describes his being barred from checking out a calculus book from their city’s segregated library. At only 9 years old, McNair persisted, refusing to leave the library until he was allowed to check out his book. The fact that despite this climate he continued his studies, got a P.h.D in physics from M.I.T and eventually became an astronaut despite all oppressive forces is frankly, incredible. McNair’s brother Carl said of his achievements, “Our family had gone from slavery to space in four generations, and we thought that was something special.”

Just days before the police killing of George Floyd, the global pandemic was the national heartache, disproportionately hurting black and brown people medically and economically. At a time when humans were seemingly so powerless to microbes, vicariously leaving the planet felt like salvation. But suddenly, a new horrific reminder of what has never gone away began circulating in a new video; Derek Chauvin, a police officer holding his knee to George Floyd’s neck killing the unarmed man beneath him despite pleas that he couldn't breathe. 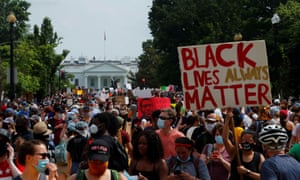 It’s Whitey on the Moon all over again. Our country willingly invests in space travel, but not in the safety and wellbeing of black people.

Is racial equity something that can’t be achieved alongside technological progress? Out of 338 American astronauts, there have been 14 who were black. There hasn’t been a black astronaut since 2009. Arguably, there have been fewer people in space in the last 11 years, and some critics say that the Obama administration closing the Constellation program (which was no longer innovating) and allocating funds to the earth sciences rather than space exploration was the cause. But the administration didn’t defund NASA as a group and in fact, opened the doors legislatively for commercial space travel to bringing us to now.

Ta Nehisi-Coates, like Gil Scott-Herron, uses galactic analogies to describe racial disparity. “I remember sitting in French class wondering what I was doing there. I didn’t know any French people and nothing in my surroundings suggested that I ever would. France was another rock in another galaxy rotating around another sun in another sky that I would never cross.”

Like Dr. King, Coates also spoke of two Americas, and yet in his estimation, they weren’t merely two bordering nation-states they were two galaxies, vastly unreachable one from another.

“That other world was suburban and endless, organized around pot roasts, blueberry pies, fireworks, ice-cream sundaes, immaculate bathrooms, and small toy trucks that were loosed in wooded backyards with streams and endless lawns. Comparing these dispatches with the facts of my native world, I came to understand that my country was a galaxy, and this galaxy stretched from the pandemonium of West Baltimore to the happy hunting grounds of Mr. Belvedere. I obsessed over the distance between that other sector of space and my own. I knew that my portion of the American galaxy, where bodies were enslaved by a tenacious gravity, was black and that the other, liberated portion was not. I knew that some inscrutable energy preserved the breach. I felt, but did not yet understand, the relation between that other world and me. And I felt in this a cosmic injustice, a profound cruelty, which infused an abiding, irrepressible desire to unshackle my body and achieve the velocity of escape.” --Ta-Nehisi Coates

The killing of George Floyd has made it evident, even to white people, that the distance between these galaxies is vast and still exists. As with any starship, we're going to need many millions of dollars, the cooperation of many thousands of people and immense will power to get past that tenacious gravity and inscrutable energy preserving the breach.